Città Meridiane
Home Sogni d'oro Badia a Coltibuono: a room with a view 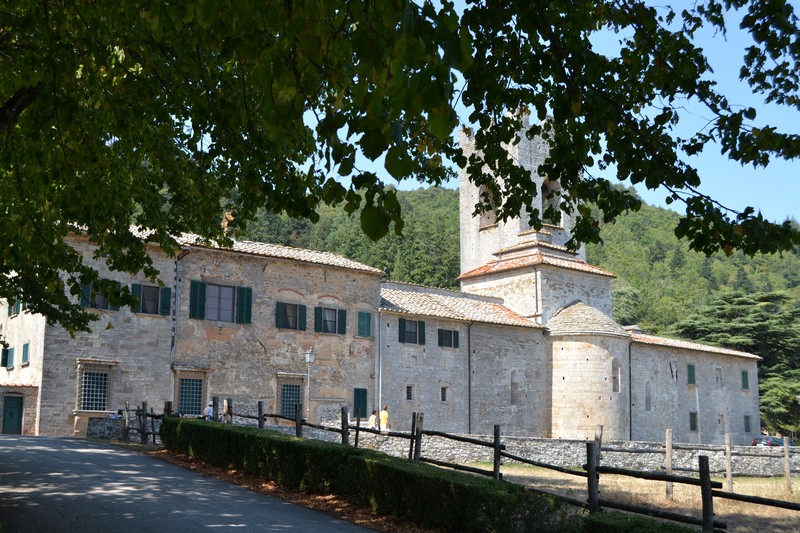 Former Abbey of San Lorenzo, founded in the eleventh century by the feudal lords Firidolfi of Gaiole in Chianti, is now a farmhouse full of charm and old suggestions that takes its name, Badia a Coltibuono from the good harvest, Cultus Boni, who in area becomes of olives for oil, and grapes for wine and still is the flagship of the company to biological conduction.

After all, nature has been generous with Chianti, beat of land in the center of Tuscany, lying between Florence, the Val d’Elsa and Siena, and crossed by rivers Arbia and Pesa. Between high hills and a dense weave of oaks, chestnut trees, conifers, vineyards and olive groves, the area is surrounded by a special microclimate that favors viticulture in which excels Sangiovese vine at the base of the Chianti Classico that Badia a Coltibuono produces organically (post in Buongusto: https://www.cittameridiane.it/en/wines-and-cuisine/).

A unique natural and cultural heritage candidate to become UNESCO World Heritage. To the scenic beauty then alongside the work of man: beautiful castles, villas and abbeys stand out in the green countryside. Among these Badia a Coltibuono that overlooks the valley on one side and on a monumental Italian garden on the other hand, dominates the lonely woods of the Chianti hills in an almost monastic silence that accompanies those who visit the ancient frescoed refectory, the cloister and the aging of the wine cellars where the historic abbey’s collection is kept. The complex is accessed by a door placed on the right of the facade of the church dedicated to San Lorenzo. Interesting suggestions are given away to all rooms, where the severity of the walls is softened by warm furniture and the modern sculptures that contrasts nicely with the historic architecture of the monastery.

A short walk leads to the restaurant housed in the old stables (Badia a Coltibuono Restaurant, Location Badia a Coltibuono – Gaiole in Chianti – Siena – tel. +39 0577 749031 – ristbadia@coltibuono.com) where we savored the typical Tuscan flavors enhanced by ‘extra virgin olive oil produced on the estate in the company of Emanuela Stucchi Prinetti, owner of the farme and of the abbey with her brothers Roberto and Paolo. Pappa al pomodoro, local sausages with crostini and tagliata by Chianina have found their perfect match with the Chianti Classico by Badia in aged version 12 months in oak barrels and in the Reserve, produced only in the best vintages like 2006, passed in barriques two years and aged in bottle 4 months.

After lunch Emanuela has invited us to a walk in the scenic garden, set according to the outline of the ancient hortus conclusus: our dessert was served directly here by taking low bushes crimson raspberries and long pergolas sweet and juicy strawberry grapes and muscat. The tour continued to the swimming pool and one of the largest silver fir forests around the abbey. Then we said goodbye and gathered in large and cozy kitchen where we and an American couple from Dallas followed the culinary lessons by Benedetta Vitali, chef of Cibreo in Florence, on the flavors of traditional Italian cuisine. But that’s another story that we have told in the Buongusto’s index book: https://www.cittameridiane.it/en/wines-and-cuisine/! 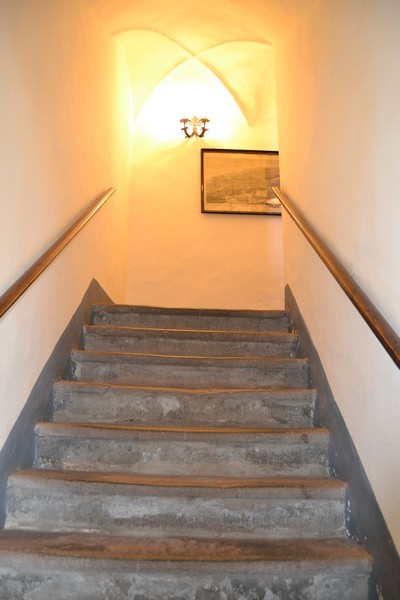 Those who choose to stay at Badia a Coltibuono has the chance to immerse themselves in a unique atmosphere in the rooms located in the antique cells of the monks of Vallombrosa and the parts originally used by the hospitality of travelers, renovated and converted into apartments with every comfort and with unique furnishings as family antiques.

Climb the old stairs and step on the sandstone floor listening to the echo of his own footsteps, is to take a real journey in time to a place where generations have followed over the centuries, like the seasons, as if never footsteps of wayfarers have ceased entirely to resonate among the mighty walls of this Badia.

Posia, between sea and sky