Our tour in Sicily would not have been the same without the preventive and targeted choice of the places where we stayed, which made our tour even more interesting and magical. The first to welcome us, after the drive from Puglia to Syracuse, was Villa dei Papiri Organic Farm, which is located in a picturesque natural area, the Ciane and Saline River Nature Reserve, just 5 kilometers from the center citizen. 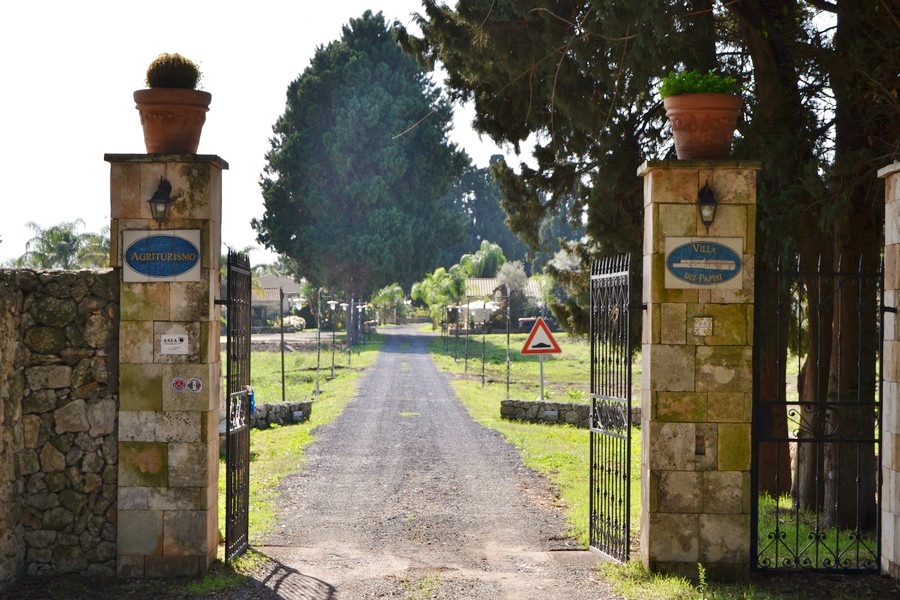 Among the papyruses a stone’s throw from Syracuse

In this corner of wonderful paradise is immersed the ancient farm of the nineteenth century among lush Mediterranean plants, 13 hectares of citrus groves and tall bushes of splendid papyrus, a plant native to Egypt that can reach more than three meters in height and that only grows here spontaneous in Europe. 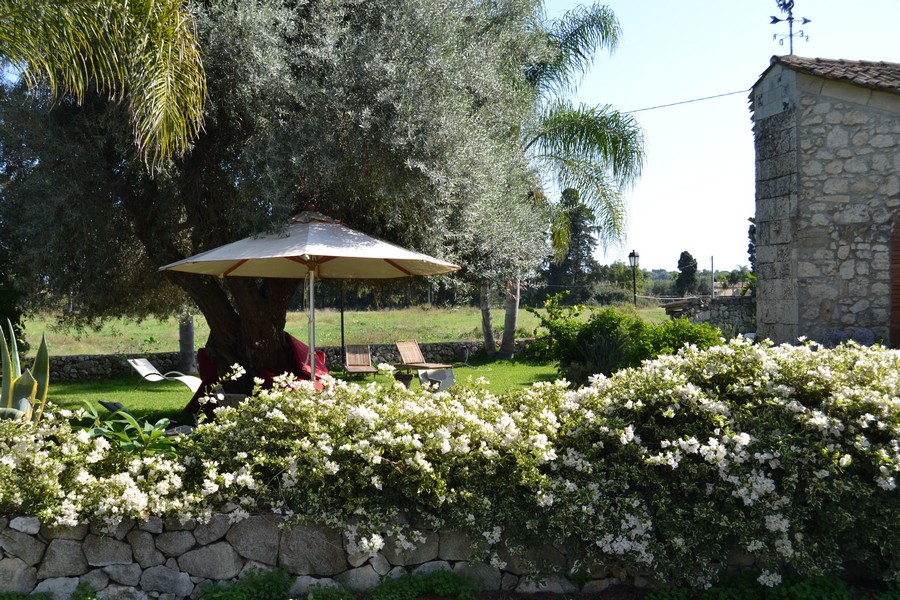 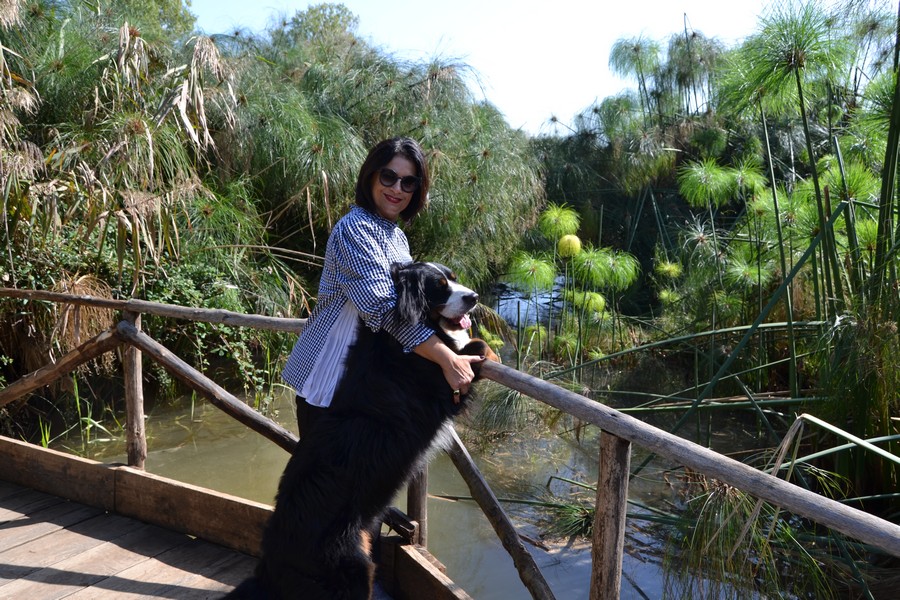 For those who want to explore the territory, the mythological Fonte Ciane is hidden among the papyrus stems, the source of the myth of Proserpina praised in the Metamorphoses of Ovid, which can be reached with a short walk near the entrance of the villa where they were valued ancient structures keeping Sicilian atmospheres intact. Which can be found in the eight large family suites housed in the main building and in the three “Dependances” with 16 comfortable double rooms. 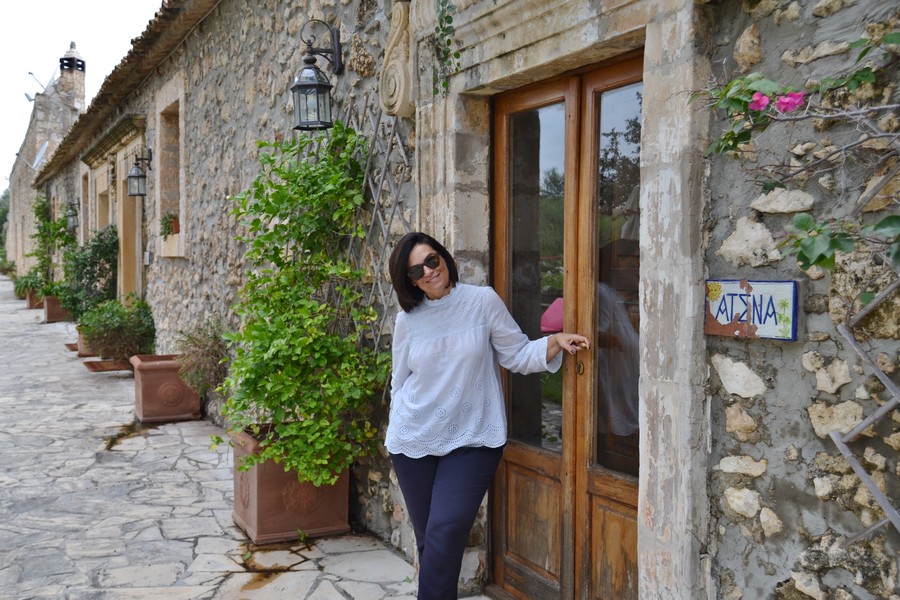 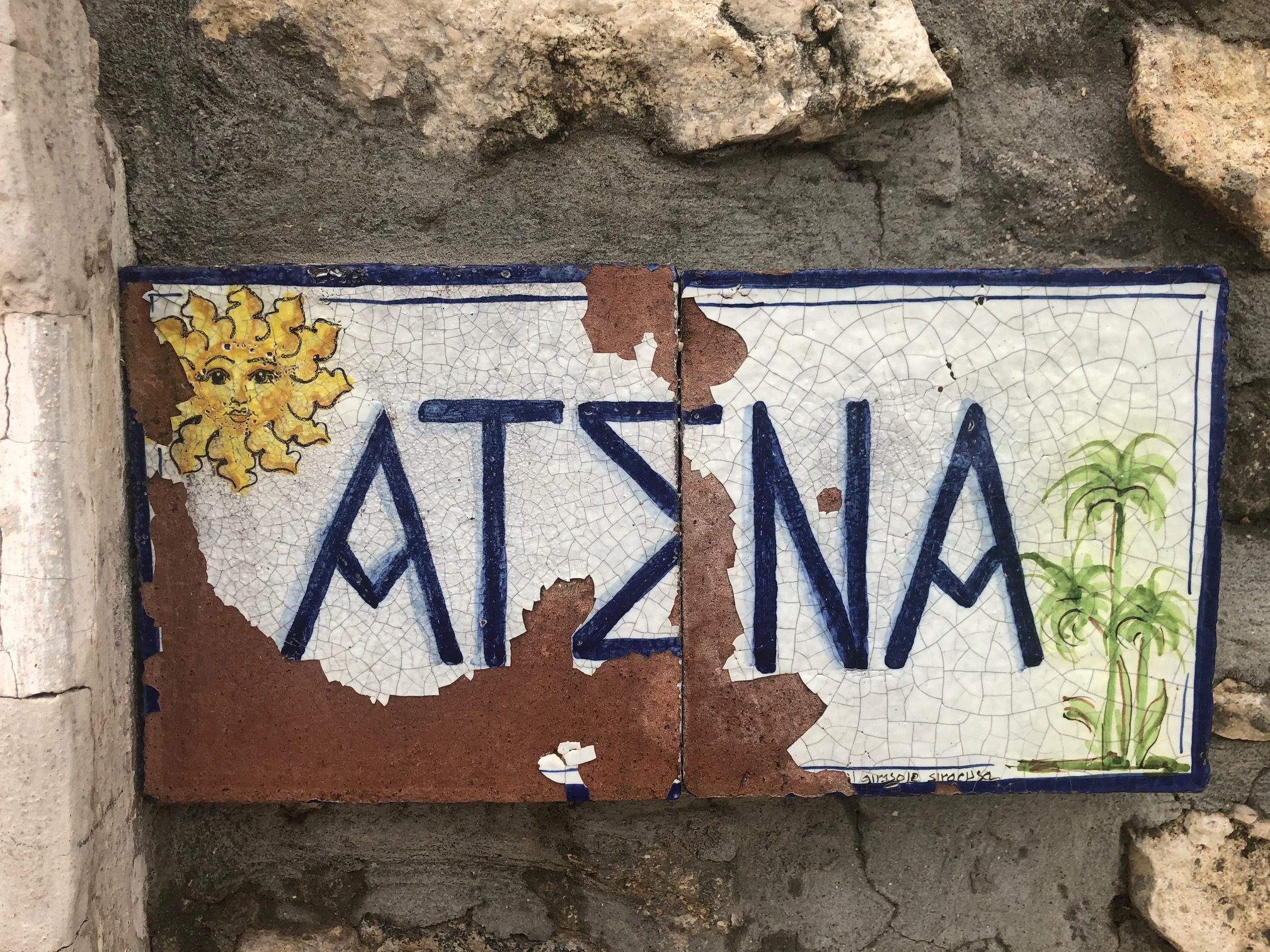 At our on two levels suite dedicated to Athena, furnished in classic style with evocative notes of rural memories of another era, you can enter from the external courtyard that overlooks the luxuriant garden with exotic air given by tall palm trees. 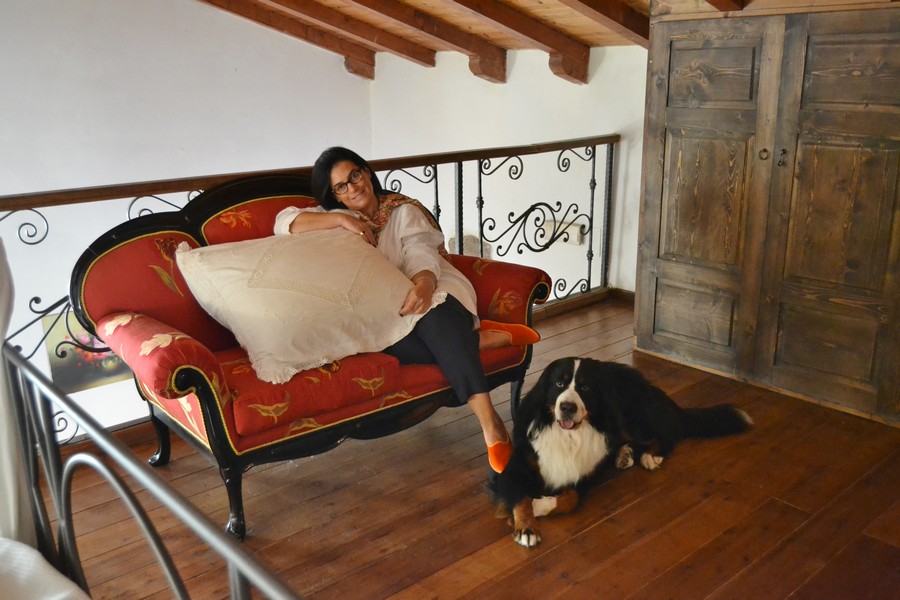 The ground floor, which is accessed through a door with the original stone jambs, is characterized by the terracotta floor with a carpet of colorful majolica tiles on the center of which the living area with kitchenette and bathroom develop. While at the wooden mezzanine that houses the four-poster bed leads a staircase with a beautiful balustrade with wrought-iron volutes.

In the common areas since the reception you are intrigued by the particular “pieces” of the collection put together during a lifetime by Mr. Attilio Bianchi, who came here from Liguria for work more than ten years ago, fell in love with this place so much that he wanted to buy it to create Villa dei Papiri now run by his daughter Carlotta, assisted by a staff that from the first moment does everything to put the guest at ease. From the very kind Angelo who welcomes guests, to the nice and expansive couple formed by Salvo and the Venetian Tamara, also conquered by the warmth of the people and the colors of the landscape here.

In the simple country interiors, there is a trace of the memory of Sicilian life, but with the added value of mixing with the original pieces from the owners’ collections from all over the world. 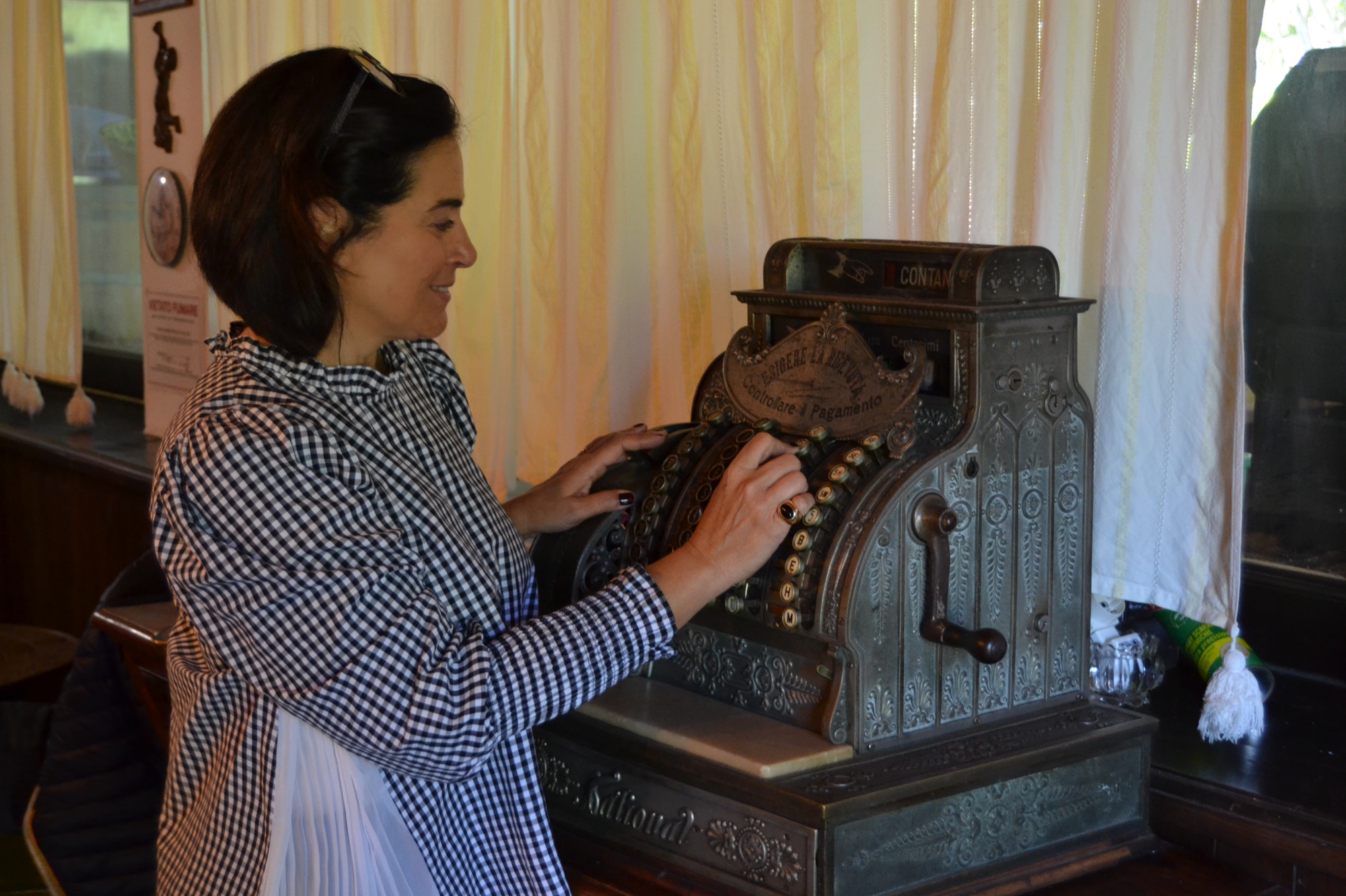 The jukebox and the cash register at the entrance are very interesting, while the furniture, vases and large sculptures, souvenirs of Mr. Bianchi’s many travels, decorate the large living room with large windows where breakfast is served.

All around, the view stretches over fields planted with olive and citrus fruits and extends over an intact landscape that has remained unchanged over time in which it coexists peacefully with the animals of the farm: the two funny donkeys that never fail to greet us braying cheerfully every time we leave our suite, the goats among which the Girgentane stand out for their long spiral horns, the horse and the house dogs.

The farm offers its guests overnight stay and rich breakfast based on Sicilian delicacies and local products, from the tasty vegetables grown in the land surrounding to the jams produced with the Femminello lemon of Syracuse and the different varieties of oranges, such as mori, tarocchi common and nocellari, which are also used in delicious tarts, to the extraordinary ricotta, one of the best ever tasted so far. 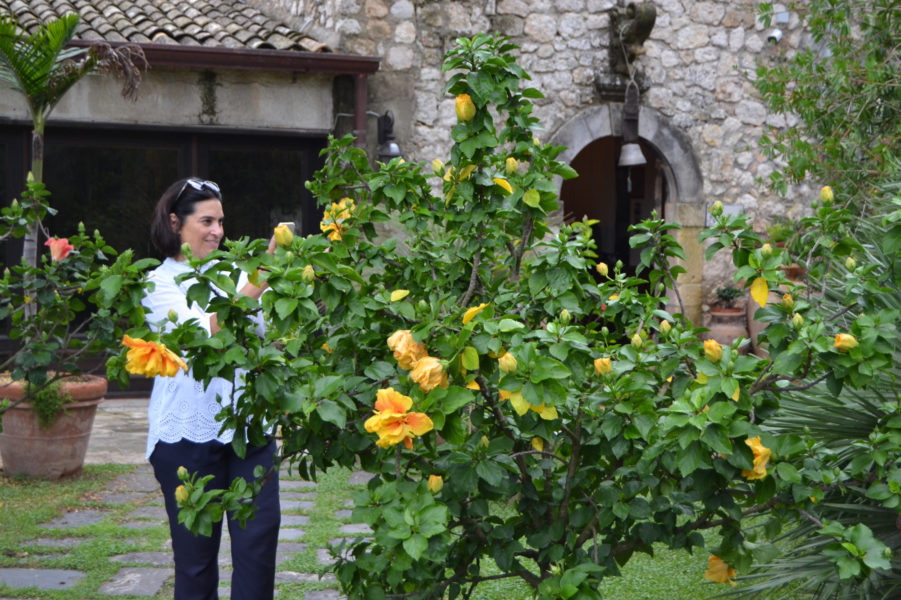 The car can be left in the ample free parking and a short walk through fabulous hibiscus flowers leads to the wide green spaces embellished with umbrellas, comfortable sofas, deckchairs, cushions, lounges and many fragrant plants. 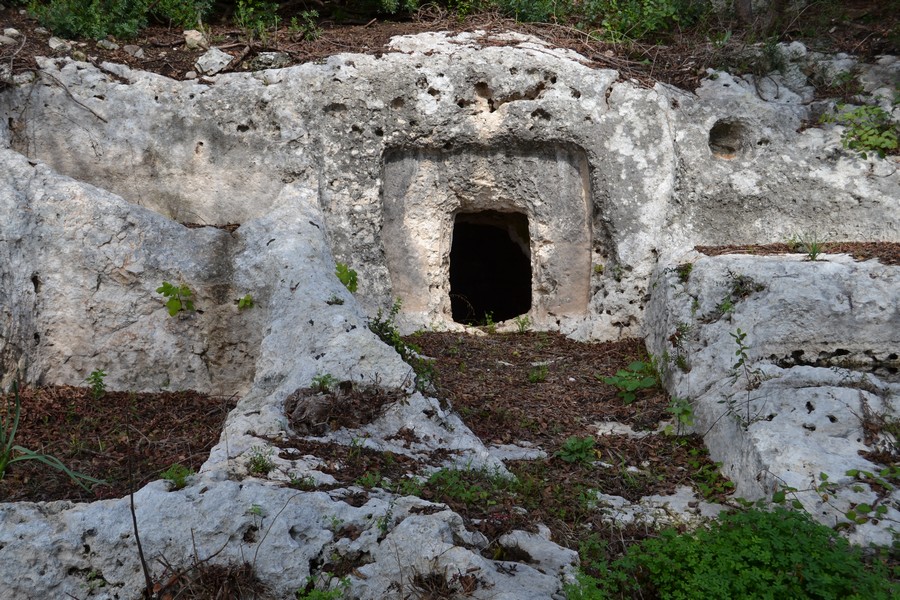 For those who want to walk but above all to explore, we recommend the tour in which we were accompanied by Angelo in the countryside around the villa, towards the rocky hump of Cozzo Pantano. Here thanks to the excavations carried out by the archaeologist Paolo Orsi at the end of the nineteenth century, an invaluable archaeological heritage was discovered, as evidenced by the finds of tombs, caves, wells and furrows dug by the passage of wheels that testify to the presence of one of the oldest “Roads” of Magna Graecia, the Via Elorina, which connected Syracuse to Eloro, near the current Noto.

A site that brings to mind the rupestrian necropolis of Pantalica, 40 kilometers from Syracuse, with over 5,000 tombs carved into the rock dating back to the period between the 13th and the 7th centuries BC.

A boon for a story lover like me who, despite the light drizzle that surprised us during the walk, has explored with interest the grotticella tombs, the double mill carved in the rock, particularly rare, and the Hellenistic well probably fed by water of the nearby sources of the Ciane. 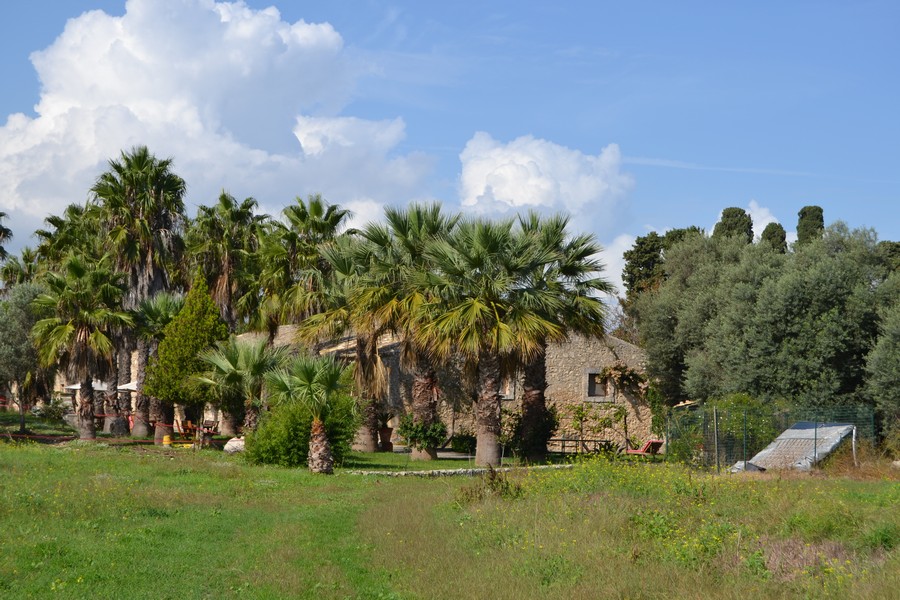 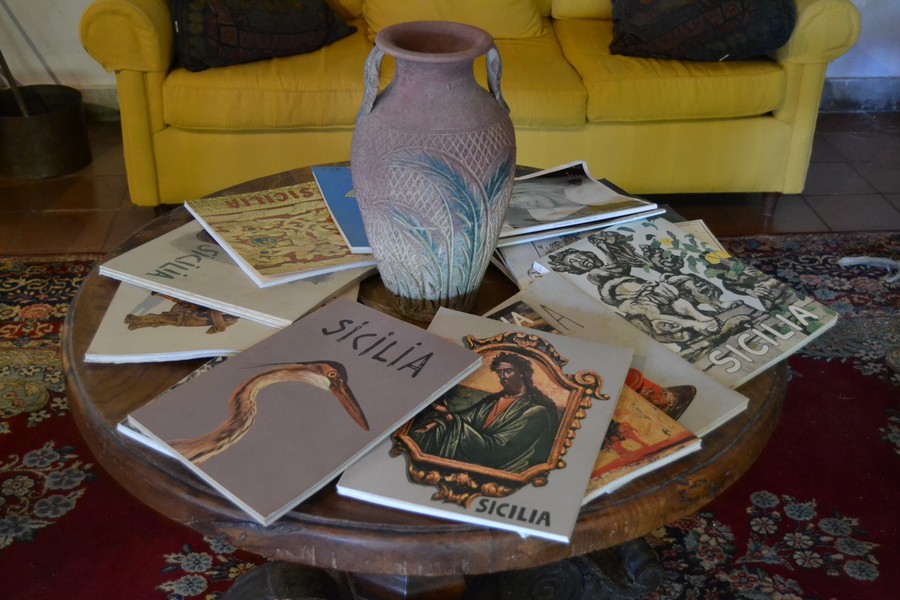 You have to come here to find authentic feelings and flavors to fully enjoy the innate elegance of Sicily that lives in its rural charm and memories at the gates of a city like Syracuse, a UNESCO heritage site since 2005 along with the necropolis of Pantalica.

Momentum of relaxation and gourmet cuisine

In South Tyrol for the Törggelen festival

In the belly of Naples

Gravina, city of many faces – part one

Palazzo Ducale Venturi: into the legend

In South Tyrol for the Törggelen festival