Paolo Belloni. The call of the wild 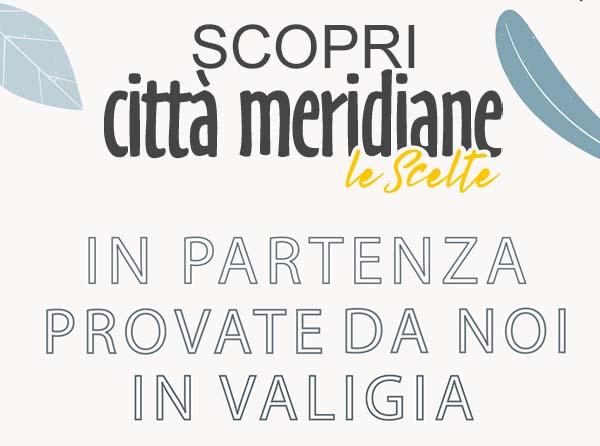 The relation of the ex-photographer Paolo Belloni with the earth of Puglia has deep roots. He, Lombard has with the country in the heart of the Valle d’Itria, between Cisternino and Locorotondo, a close and vibrant dialogue, born a bit by chance, thanks to the love for Nature. His association had been working since 1993 in Milan, and was involved in the disclosure and the recovery of biodiversity. Then, in 2004, thanks to the advice of his partner Martine, arrived in Puglia with a precise goal: the enhancement of the fig tree in the conservatory which owns, among the 350 planted, well 172 varieties of Puglia.

There are ten hectares of cultivated land of which Paolo knows every beat of logs, each breath of the leaves, where the light pearls or where, under the mantle of topsoil that covers the ground, are hidden small, great treasures.
The over 1000 cultivars bearing trees present in the Gardens of Pomona – he explains – are those formed before 1950, the year that marks the transition from traditional to mechanized agriculture. Then he continues with passion emphasizing that nature is attractive because it is never identical to itself: no olive leaf or flower or branch is equal to another…
We are here for a guided tour, but we do not exclude, in the future, to stay in one of the trulli located between the wonders of the conservatory. In fact, from this year, between the green of the gardens has risen a farm holidays that allows to the guests to fully enjoy the charm of the place. And to be able to prove, at least in part, the emotions told by Belloni: “Treading the paths and listening to the sounds about the vegetation, I look through the trees that contending, like the men, earth and light.” To understand what he tells us just look at the big fragno that towers over the large open space that houses the labyrinth of lavender surrounding the khaki plant, daughter of a specimen survived the bombing of Nagasaki, kept here to send a message of peace and hope. Around it has created a space devoid of other plants where only the big tree can grow and catch the vital rays.

In the grove of pine trees in front of the big house we sit down and the interview begin.
Among the 1,000 varieties of fruit trees are 350 those of Ficus carica, or fig tree, the largest collection in Europe. Why just the fig tree?
The fig is a strategic fruit for human nourishment. First, it is good and it’s really hard to find someone who does not like. Then it is a very energy-giving food and it should never be treated because its plant is hardy and easy and grows everywhere, even very close to the sea, not fearing the saltness. Also it is able to stand a rigid climate up to -14 degrees and resists all diseases. Plus it’s very generous and its fruits have quality and health benefits superior to many others. Just you can to think that it contains the twice of the potassium of bananas.
Already he convinced us. But there’s more.
Because Belloni adds: the fig tree is pollinated naturally through an insect very similar to the bees. There are only two other plants that are pollinated so: persimmon and banana. It is also in the list of 27 plants anticancer, high in fiber and good sugars and you can be enjoyed it even after the harvesting season drying it under the sun or with other conservative methods that change in latitude to latitude. Personally I flutter figs to produce the “leather”: a roll of sun-dried figs which then is cut into strips and melted in the mouth in the same way as licorice.
What else to say about this fruit so versatile?
That surely it is the first plant cultivated by man, even before the vine and the wheat. And it was the sacred plant to the shepherds as if you cut or broken branches they gush out milk. Also the latex, a caustic substance, was used as a remedy for warts.
He concludes by telling an anecdote about brogiotto nero africano, a fig tree native to the African continent. It is said that Catone showed it in Rome saying that it had been picked up three days before in Carthage. The fact that he came to Rome in just three days showed how the powerful African city was too close. From which the judgment “Carthago delenda est”: in short Carthage was destroyed by the Romans for a fig.
In the meantime, I think that also the fruit of the original sin really was not an apple but a fig and it is represented as such in the early Middle Ages masterpieces as well as by Michelangelo. The power of this fruit so loved by Paolo Belloni who looks forward to show us his collection. And to give us his welcome in Pomona, the association named after the Roman goddess protector of gardens and orchards, and that aims to promote diversity and to hand down the most variegated range of flavors. What? With an experimental cultivation system that take care of the vitality of the soil, avoiding the use of herbicides, chemical fertilizers and pesticides, along with a bank of genetic resources that contain elements of rusticity that could return useful in the future climate changes.

Our walk begins and Paolo begins to describe plant to plant the many varieties of citrus fruits, apples, almonds, grapes, cherries, persimmons, apricots, plums, pistachios, kiwi, hazelnuts. And walking through the trees he does not stop telling funny stories like that of the citrus fruits called “Adam’s apples” and linked to Cosimo III de Medici, who was using this Portuguese variant of these fruits to surprise his guests or that of peach “tabacchiera”, particularly sweet and juicy, whose form is reminiscent of the packaging in leaves bergamot in which the snuff was packaged. Or, any more, the story of api Etoile, apple-shaped star that keeps very long, Christmas gift for French children until recently. Interesting, then, to discover that the citrus trees are not protected in winter to evaluate the resistance to the cold and the water hyacinth is grown on a shaft connected to a tank so as not to evaporate the water to strong sun of Puglia.
So, we arrive at the labyrinth that consists of 596 plants of fragrant lavender, which is the achievement of peace in the world and as Paolo says, “it is a long and tortuous”: we run it all together in silence to the “khaki of Nagasaki” or a seed of a particular variety of tree khaki that is was able to survive the bombing of Nagasaki in 1945 and that has become the symbol of the rebirth of life and hope. Planted here on April 24, 2012, Belloni recalls that arrived from Japan with two manuals, one for the transplant and suggestions for the necessary material to use and the other with the remedies to be taken in case of non-sprouting and all precautions to be taken for a good growth of the plant, together with some recommendations to be respected for the realization of the plate to be placed beside the tree.

The latest project of Belloni is rather to create a food forest in Pomona according to the lesson stolen from nature and that is that wild and domestic live side by side, because “the guarantee of survival is the complexity”, while remaining faithful to the principle that if you let it work, the nature always comes to create a forest.
A principle already known to the American naturalist John Muir (1838-1914), one of the first to devote himself to the preservation of nature, which asserted: “The most transparent way to enter the Universe is a wild forest”. Because it is here that there are the human and the divine, the sacred and the profane, the fairy tale and realism, the past and the future. And it is here that our deepest fears and joys more intense are reflected: the es and the ego. Someone has compared the forest with a cathedral, Paolo Belloni simply thinks that it can be the key to our future. So, how can you resist such a call of the wild?

To visit the gardens of Pomona is necessary call numbers +39 333 3670653 / +39 080 4317806, or write to info@igiardinidipomona.it and wait a confirmation of availability. A guide will accompany you to discover the whole rich biodiversity present in the gardens. Available guides, in addition of Italian, English, French, German and Spanish.
You can visit the gardens of Pomona all year round, every day of the week expect Tuesday. The visit to the Gardens takes place in daytime, by appointment only, and may be up to 120’. You can visit the Gardens of Pomona without the help of a guide, leaving a free contribution to botanical conservatory.

Rosalia
This travel blog with the dog is a personal selection of our best experiences, our favorite spots and secrets places around the world curated by Rosalia e Michele.

The conscience of Zeno and Monte dei Ragni wines

The “soft” papier-mâché by Francesca Carallo

This website uses cookies to improve your experience while you navigate through the website. Out of these, the cookies that are categorized as necessary are stored on your browser as they are essential for the working of basic functionalities of the website. We also use third-party cookies that help us analyze and understand how you use this website. These cookies will be stored in your browser only with your consent. You also have the option to opt-out of these cookies. But opting out of some of these cookies may affect your browsing experience.
Necessary Always Enabled
Necessary cookies are absolutely essential for the website to function properly. This category only includes cookies that ensures basic functionalities and security features of the website. These cookies do not store any personal information.
Non-necessary
Any cookies that may not be particularly necessary for the website to function and is used specifically to collect user personal data via analytics, ads, other embedded contents are termed as non-necessary cookies. It is mandatory to procure user consent prior to running these cookies on your website.
SAVE & ACCEPT